In the late 1860s, two young Swiss pioneers, Wilhelm Heinrich Diethelm and Edward Anton
Keller, ventured to the Far East. Diethelm settled in Singapore, while Keller chose the Philippines as his new home. They found employment and soon set up their own businesses trading to and from Europe.
Over time, the descendants of the founding families substantially expanded the trading business into marketing, logistics and related services, while also diversifying into industrial and travel activities.

The Voyage - The Diethelm Keller Group's origins date back to the 1860s when two Swiss pioneers ventured to the Far East: Edward Anton Keller travelled to the Philippines and established himself in Manila in 1868.
In 1871, Wilhelm Heinrich Diethelm departed from Marseille aboard the steamer Ava, bound to Singapore via the Suez canal. Disaster almost struck in Aden when he went overboard, but miraculously  he was rescued by a British officer whom he had met years earlier at a dinner in London. He continued his journey, safely arrived in Singapore four weeks later and settled in the then British colony. 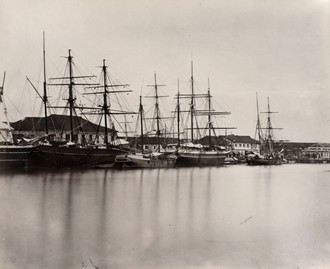 Edward Anton Keller joined C. Lutz & Co in Manila, which concentrated on the import of a variety of consumer goods. These included textiles from Switzerland, cigarette paper from Austria, glass and chinaware from Germany, furniture from Spain, writing paper from Belgium and beer from Vienna. 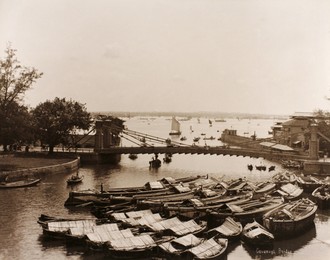 In Singapore, Wilhelm H. Diethelm joined the renowned firm Hooglandt & Co. in 1871 and within 15 years, became an illustrious and well-to-do member of the local trading scene. A full partner in Hooglandt & Co. since 1877, he had earned himself the reputation of an honest and trustworthy businessman. 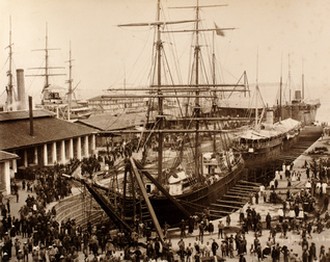 In the late 19th century, THE THURGAUER ZEITUNG, hardly boasting a Southeast Asian correspondent, nonetheless carried a moving report in 1886 from Singapore:
"On April 26, half an hour before the departure of the French postal ship 'Melbourne', a crowd of some 70 people assembled at the port's quay. Almost all members of the Swiss and German communities residing in Singapore were present. Together they bade farewell to Wilhelm H. Diethelm and his family who embarked on their journey back to Switzerland. With the departure of W.H. Diethelm, traders in Singapore lost one of their most respected fellow merchants." 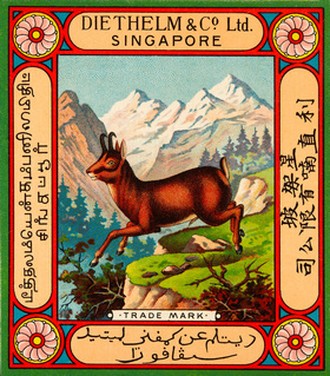 The year of management buyouts.
In Singapore, Walter H. Diethelm acquired the majority of his employer of 16 years, Hooglandt & Co.
In the Philippines, Edward A. Keller took over his employer of 19 years, the Swiss merchant house C. Lutz & Co., Manila. The same year, Keller founded Ed. A. Keller-Stürke in Zurich as the new head office.
Over time, the businesses owned by the two entrepreneurs developed into successful family enterprises.  Whereas the Diethelm Group was mainly active in Singapore, Indochina, Thailand and Malaysia, the business of the Edward A. Keller Group concentrated on the Philippines, Korea, Hong Kong, China and Australia. 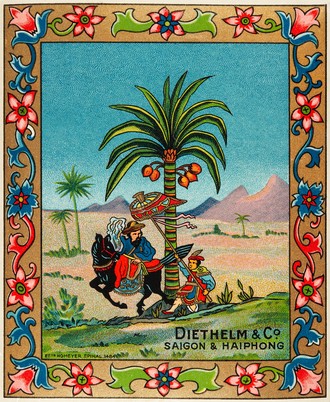 Diethelm opened branches in Indochina and grew into a large, diversified company until in 1955 the Indo China war forced the company out of the country. After a long absence, the company entered Vietnam in the early 1990s. 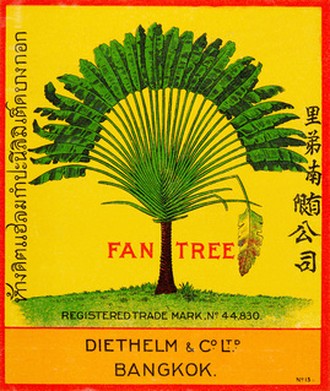 The Diethelm Bangkok subsidiary was officially opened on January 1st, 1906. A great affinity began between the Diethelm family and the Thai nation. This was highlighted by a personal visit from His Majesty, King Bhumibol Adulyadej to the Diethelm Pavilion erected at the 1956 International Trade Fair in Bangkok. 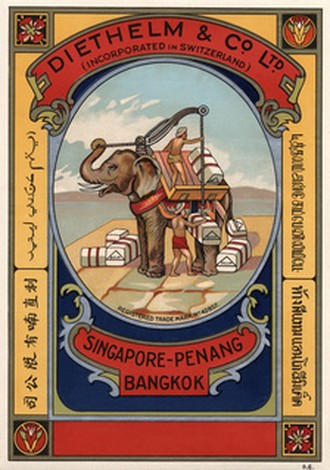 Lush vegetation, sandy white beaches and placid hills make Penang a charming place. Diethelm & Co. Ltd. entered this paradise in 1923, and by January, the new office in Penang was fully operational. This was no small achievement. Following Saigon and Bangkok, Penang became the third branch office of Diethelm & Co. Ltd. 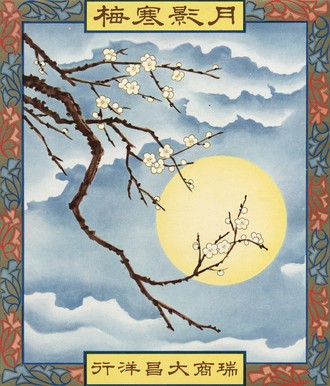 At the same time, in 1923, Edward Keller took over a Swiss company in Hong Kong thereby expanding rapidly into China. 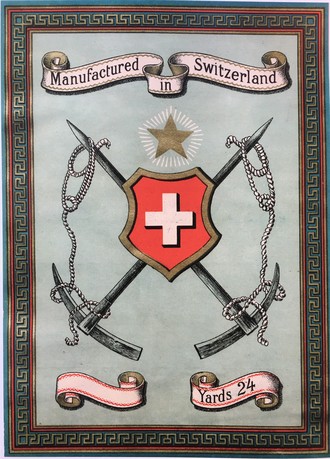 Diethelm and Ed. A. Keller entered the Swiss market by pooling their existing import departments and by sharing profits and losses. The leading force was Ed. A. Keller as the minutes of a board meeting of Diethelm & Co. Ltd. reveal:
"..it has been decided to follow Ed. A. Keller & Co. Ltd. and to extend our activities beyond East Asia. To this end, a closer cooperation with the Kellers has been agreed as well as mutual support. Together we want to develop not only exports from Switzerland but eventually also imports into Switzerland" 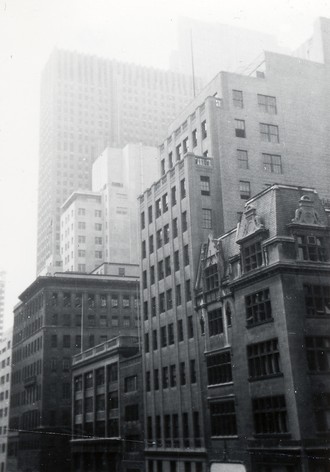 Together, Diethelm & Co and Edward Keller expanded to New York and incorporated Diethelm Keller (USA) Limited. The Company built up a Swiss watch importing business. It also managed the US business of B. Siegfried, Zofingen, and purchased Lawrence Pump & Engine Co. in Massachusetts. 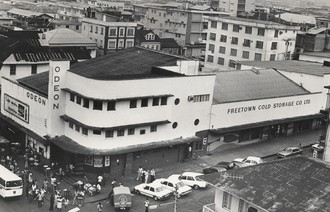 Their main focus had always been towards the East. Asia was a second home to them, but in the mid-1950s the future of that continent looked more and more uncertain. Diethelm & Co. Ltd. established its first foothold on African soil in the Belgian Congo, later Zaire. In 1955 they bought a 50 per cent share inthe Compagnie Commerciale Congo Suisse.
The first and only joint African acquisition by Diethelm and Ed. A. Keller was made in the British West African state of Sierra Leone by acquiring the Freetown Cold Storage Company that made ice, ran a supermarket, a butcher shop and a bottling plant, producing Coca Cola under license. Its real estate holdings even included the only  downtown cinema. 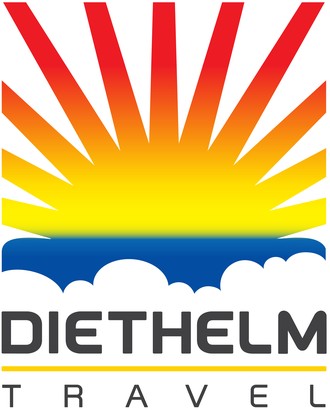 The Diethelm and Keller Groups entered the travel industry in the second half of the 20th century by establishing the Diethelm Travel Office in Bangkok and the acquisition of Melbourne-based World Travel Services by  the Diethelm Keller Holding, then a subsidiary of Diethelm and Ed. A. Keller.  In 1979, the partners took over AUS Student Travel Pty. Ltd. in Australia , which was renamed STA Travel.

United at last! - Although the cooperation between the two families and their companies dates back to the beginning of the 20th century, the Diethelm Keller Group was not established until a hundred years later, namely in July 2000, when the two groups merged into the newly established Diethelm Keller Holding Ltd. (DKH). 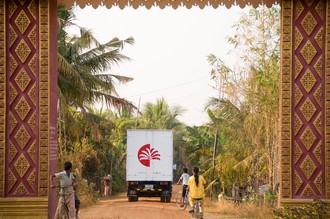 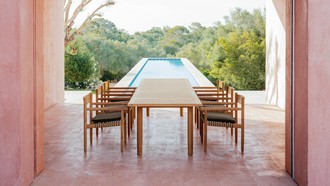 Reorganisation and Expansion
In 2013, the operating companies where reorganised into four operating units, DK Travel Holding Ltd., DK Brands, DK Industrial and DK Investments.
In 2014, the newly established DK Premium Brands Holding (DKPB) grew by making strategic majority investments in DEDON and GARPA to become a global leader in the premium outdoor furniture sector. This unique setup is a key component of DKPB’s expansion strategy. DEDON is the leading designer and manufacturer of luxury outdoor furniture, while GARPA distributes high-end products online, through catalogs and a number of high class showrooms in Germany, Austria and Switzerland. Together with GLOSTER, DKPB is today one of the world's leading premium outdoor furniture groups.

Back to the roots; moving forward
Diethelm Keller re-designs its corporate identity, emphasizing the Diethelm Keller Group's heritage with a new logo based more closely on the original fan tree Trade Mark from the early 1900s and keeping true to the original colors. The new logo also clearly differentiates the Diethelm Keller Holding from DKSH, which will continue to use the abstract fantree logo created in 2000. Diethelm Keller also redesigned its website, which emphasizes the new organisational set up, the five divisions, i.e. Travel, Luxury Furniture, Household Appliances, Industrial Products, Active Investments, and Diethelm Keller's global orientation. 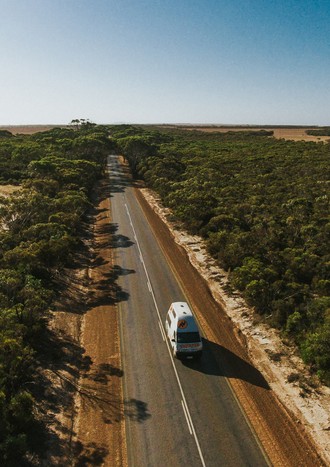 Diethelm Keller Travel finalised a joint venture with Travellers Autobarn.
Travellers Autobarn, established in 1993 in Sydney, Australia, is focused on campervan rental for students / youth and budget-conscious clients. It operates in Australia, New Zealand and in the US market. 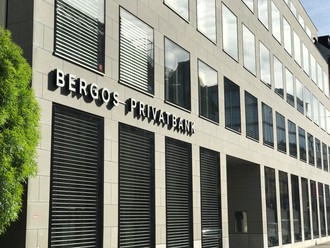 Diethelm Keller Holding Ltd., together with a group of mainly Swiss entrepreneurs and members of the management, acquired a majority stake in Bergos, an independent private bank, based in Zurich. 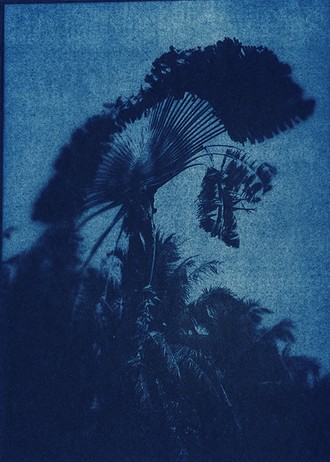